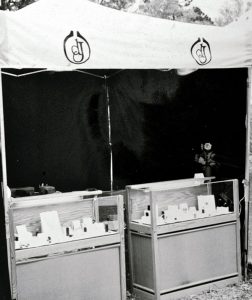 deJonghe Original Jewelry had its humble beginnings in 1975, when Dennis deJonghe began selling his custom made jewelry across the country alongside his wife, Peggy. Traveling in an old panel van inherited from his father, they attended juried craft shows where Dennis continued to develop his now famous style. After showing his jewelry in upstate New York, they fell in love with the quaint, historic town of Saratoga Springs.

In 1982 Dennis and Peggy opened their jewelry gallery on Caroline Street, in downtown Saratoga Springs. Now, with a storefront, they began to build a loyal customer base and grow strong roots in the Saratoga Springs community. Dennis saw the local support for his craft and continued to design his custom made jewelry for Saratoga locals – many of whom are still customers. 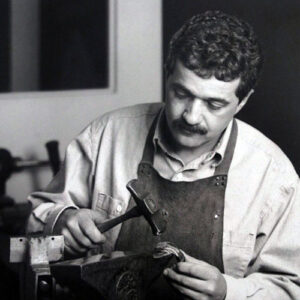 In the late 80s, the business outgrew their small shop on Caroline Street and the deJonghes decided to move their studio to a prime location on Broadway. In 1988, deJonghe Original Jewelry moved to the retail space at 470 Broadway where they are still located today. The gallery in the front of the store features Dennis’s renowned jewelry in a modern mix of jewelry showcases, handmade by local craftsmen. While browsing jewelry, shoppers can hear the hammering and forging of handmade jewelry from the studio, which supports multiple craftspeople to aid in creating Dennis’s original jewelry designs.

In the fall of 2013, deJonghe Original Jewelry welcomed the next generation of family jewelers. Evan deJonghe, son of Dennis and Peggy, joined in October 2013 and brought with him business acumen and a knowledge of gemology and jewelry creation using new-world techniques. His involvement in the family business is an important part of progressing both the jewelry designs and the business and community growth.

For more than 30 years, deJonghe Original Jewelry has been an integral part of the creative atmosphere in historic Saratoga Springs. Their involvement in the community has helped it become a thriving and charming town.

deJonghe Original Jewelry is proud to be chosen as a member of the American Gem Society and Jewelers of America. The AGS and JA select only the most trusted jewelers across the country paying specific attention to ethical and responsible business practices. 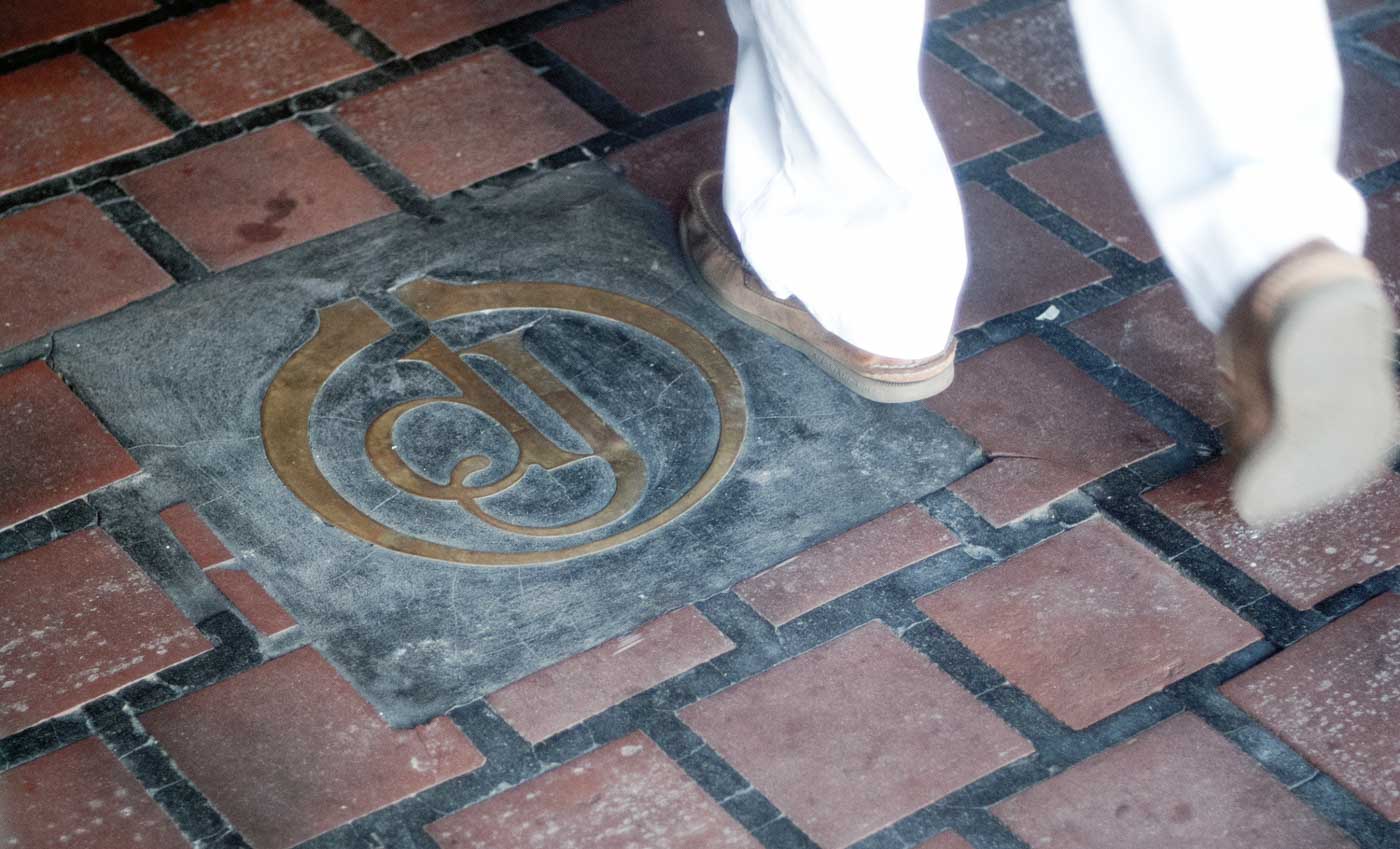