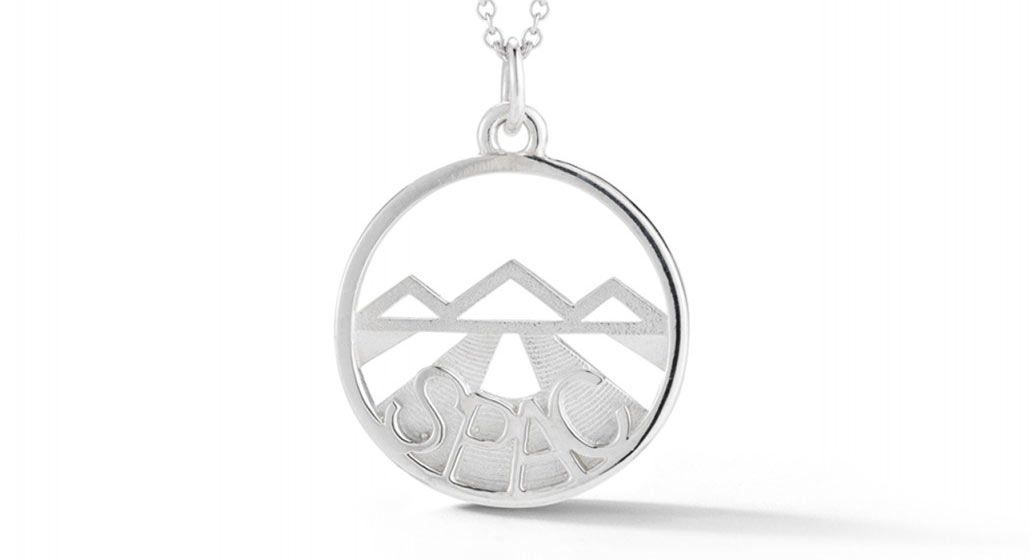 Three lucky SPAC guests will win a pendant at performances of Jewels: July 27, 28, 30

deJonghe Original Jewelry has created a special edition SPAC pendant to benefit SPAC’s 50th Anniversary Celebration. A lucky SPAC audience member at each of New York City Ballet’s three performances of Jewels will receive a 14k gold SPAC pendant, valued at $650. The pendant, inspired by SPAC’s unique architectural structure and natural outdoor setting in the Spa State Park, will also be available for sale at deJonghe Original Jewelry as part of the “Saratoga Collection.” It is also available as a charm. Twenty-five percent of all sales will be donated to support SPAC’s 50th Anniversary programming.

“I would like to extend my deep thanks to deJonghe Original Jewelry for creating such a beautiful special edition pendant to commemorate SPAC’s 50th Anniversary Season. What better way to celebrate SPAC then to keep an elegant memento close to your heart?” said Marcia J. White, SPAC’s President and Executive Director. “The partnership that local organizations like deJonghe Original Jewelry have shown to SPAC during this milestone anniversary year has been remarkable. We are very proud to be a part of this greater Capital Region community of SPAC supporters and audiences, and we are very appreciative of the partnership of local leaders like Dennis deJonghe and his son Evan.”

“As a kid growing up in Saratoga, I have fond memories of attending SPAC for some of my favorite artists,” said Evan deJonghe, manager and jewelry designer at deJonghe Jewelry. “And one of my strongest memories about the venue is the expansive lawn overlooking the iconic amphitheater. This was our inspiration for our design. The architecture of the amphitheater is shown in the jewelry with the peaks and the ramps going into the balcony. In the gold pendant the diamond represents the moon shimmering over the concert.”

All SPAC pendants can be customized and engraved on the back. Prices are as follows (chain not included):
Sterling silver, as pictured: $95
14k gold, no gemstone: $360
14k gold, with gemstone, as pictured: $525

New York City Ballet will perform Jewels at SPAC on: Wednesday, July 27 at 8pm; Thursday, July 28 at 2pm; and Saturday, July 30 at 8pm. Prior to the start of each performance, audiences can enter a raffle to win a deJonghe Original SPAC pendant. Tickets to Jewels are available at www.spac.org or (518) 584-9330.