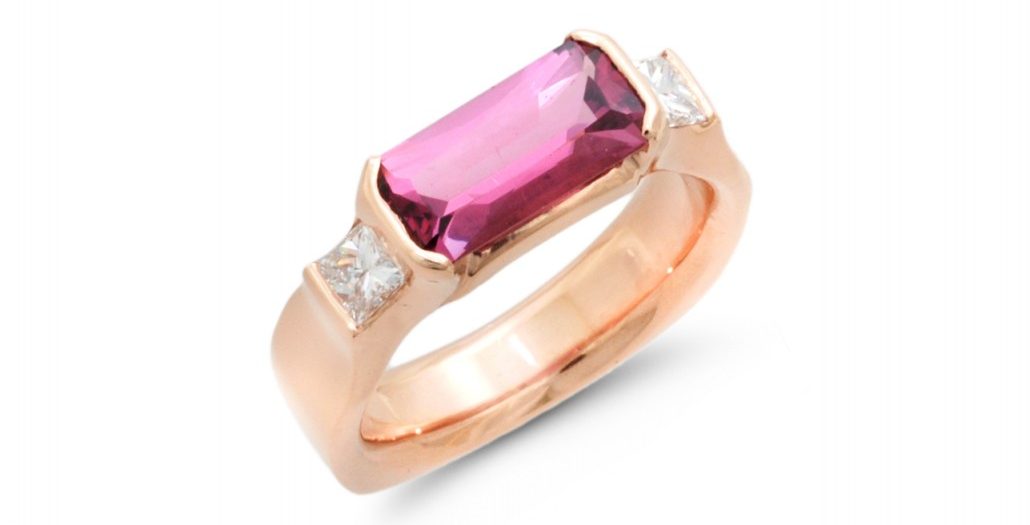 The beautiful gemstone Spinel has been added as an additional birthstone for August, joining Peridot. The announcement was made by Jewelers of America and the American Gem Trade Association. AGTA CEO Doug Hucker said, “Ancient gemstone merchants revered spinel, and it was widely sought after by royalty. It was then known as ‘balas ruby.’ It wasn’t until the late 18th century that we developed the technology acumen necessary to distinguish spinel as a separate mineral from ruby. We are very excited to announce it as the newest member of the official birthstone list.”

We’re a big fan of Spinel because of its vibrant colors and hardness. The most sought after color is red, to resemble that of a ruby, but it’s also seen in a variety of blues and purples. Its hardness of 8 makes it a very durable gem that can be enjoyed everyday. We design and create spinel jewelry often and currently have in stock a 1.89ct emerald cut spinel set in a 14k rose gold ring accented with two princess cut diamonds.