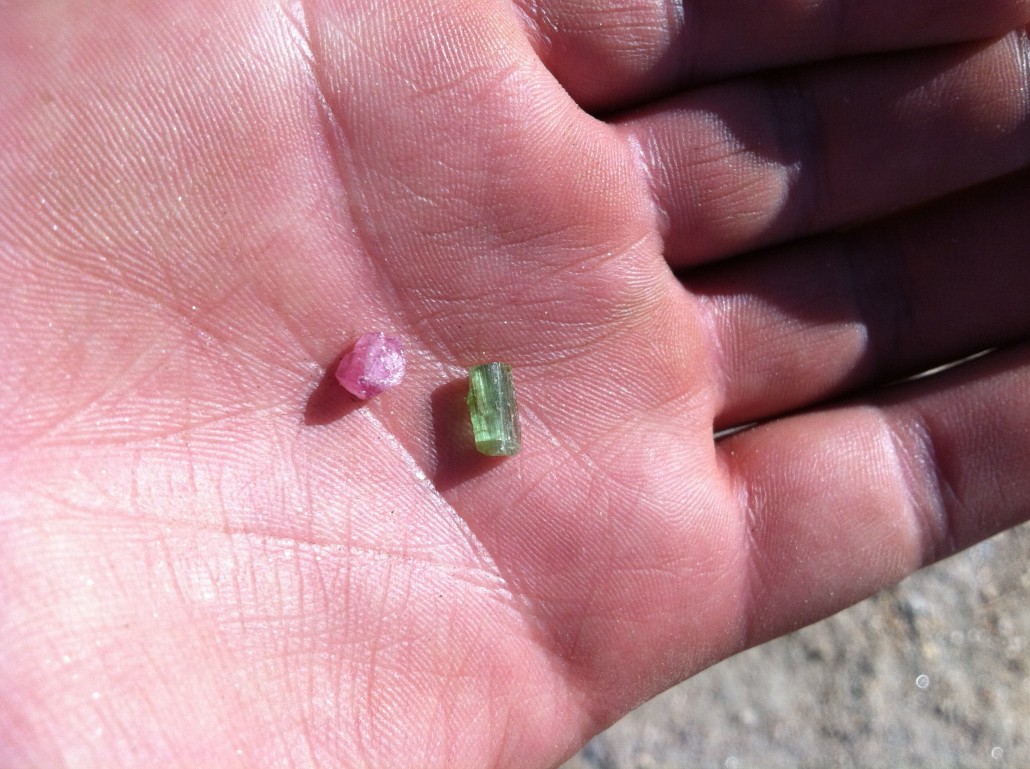 In October, I had the opportunity to visit the Stewart Lithia Mine in Southern California – a private Tourmaline mine that supplies much of the world Tourmalines.

It was originally mined in the early 1900s for lithium for use during the Industrial Revolution. After the long days of mining lithium, the Chinese immigrant workers would trek to the other side of the mountain to mine the bright pink Tourmaline to send home to their empress Tz’u Hsi. As discrimination intensified, they collapsed the mine with hopes of returning later.

Seventy years later, when the mine was re-opened (this time for Tourmalines), the original Chinese tunnel was accidentally found when a new shaft was being dynamited perpendicular to it. The Chinese workers had left behind many things in that tunnel; decades old teapots, bamboo mats… and a mine car overflowing with gem quality Green Tourmalines! They had tossed aside the Green Tourmalines as only the pink ones were worthy of the empress. Had the original tunnel never been found, the rich Tourmaline deposit would have been completely missed and possibly never discovered in the future.

The mine has been in operation for the past 40 years as one of the major suppliers of rough tourmalines in the world – all from expansion of that original tunnel.

Tourmalines come in a variety of colors. The most desirable are bright pinks and deep greens. They can even be found as bi-color, combining the pink and green – often called Watermelon Tourmaline. Most Pink Tourmalines are treated to get a richer color, however the ones mined from the Stewart Lithia Mine are untreated.